11 replies to this topic

This is more for personal use but you're more than welcome to use it. If there's any commands I missed, feel free to add them in the comments and I'll edit the thread at a later date.

(p.s this is just for people who are new to the server and don't know the commands)

.lookup item <item name> - looks up a list of items with the name used

.additem <item ID> - adds the item of whatever ID you added. Alternatively, you can shift left-click the item in the chat instead.

.lookup cu <Item name> - looks up custom items only with the name used.

.lookup itemset <Itemset name> looks up entire sets of items with the name used. For example, .lookup itemset Bloodfang will give you an ID to add the entire Bloodfang set rather than adding each piece one at a time.

.additemset <Item ID> - will add the itemset of the ID used.

.lookup spell <insert spell name> - Let's you look up a list of spells with whatever term you used.

.learn <insert ID here> - let's you learn the spell of whatever ID you used.

.unlearn <insert ID here> - Unlearns the spell of whatever ID you used.

.gm on - Makes you invincible. A good way to avoid griefers and troll RPers.

.morph <insert ID here> - let's you morph into whatever the fck you want, as long as you have the ID for it. A classic example of the .morph command is .morph 22452. This command specifically turns you invisible.

.demorph - it removes the morph you added. No ID necessary.

.mod native <insert ID here> it changes your native morph. A native morph is whatever race you chose to play in the character selection menu. The Orc morph is - obviously - the Orc's native.

.mod native off - Reverts you back to your original native morph.

.rp list - Looks up any phases that's hosted their phase advert within the past 10 minutes.

.ann <Insert text here - It's how you talk in the global chat for RPH. For example; .ann i walk up to u and slap ur girlfirends ass what u do????

.rp ann <Insert text here> - This is how you advertise a phase. For example; .rp ann Come join my phase. It's great!!!!

.ph ann <Insert text here> - This is how you talk in a global phase chat. Same rules apply to the previous two commands.

.tog - It disables .ann chat so you no longer have to lose brain cells.

.togglerp - It disables the .rp ann channels so you no longer have to see phases being advertised.

.play <insert ID here> - Basically a command that makes your character perform an action of whatever ID you used. Here's a list of play ID's http://rpheaven.org/help/ and more (thanks nortwin buddy1)

.unaura <insert ID here> - it removes any one spell from your character, assuming you have the correct ID.

.unaura all - removes all spells from your character. Including two forms if you're a Worgen.

.lookup obj <insert name here> - Looks up a list of objects with whatever name you used.

.gob spawn <insert ID here> - spawns the object of whatever ID you used.

.gob select - Selects the closest object to you. Sometimes finding the right one can be a bitch.

.gob au - It makes you automatically select the object you spawn, so you can delete it or whatever right away if necessary.

.gob goto - Teleports you to your selected obj. Good for precision building.

sorry i'm not sure what this is

sorry i'm not sure what this is

This is more for personal use

This is more for personal use

then why didn't u just make this in a .txt notepad

r u too poverty to have notepad minori ??

glad to be a part of the friends and family alpha

then why didn't u just make this in a .txt notepad

becASue iT's eaSIer tO hAve iT heRe fUck yOu cerEal fGt reTard!1

pastebin it you loser

just pin that to your browser

have a fuckin blast

I'm glad it is here. It also lets people see it, especially those new to RPH and whisper random people like idiots "How do I do  ___?" I hate them.

This is incorrect minori
Its .gold not .money
And u can find emote ids and more at http://rpheaven.org/help/

Im PRETTY sure that when you login theres an NPC that's conveniently placed right infront of you which helps you with any commands you need....Any. Commands. You need. 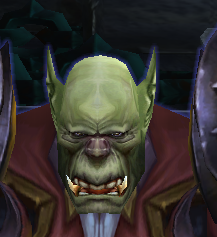 This is incorrect minori Its .gold not .money And u can find emote ids and more at http://rpheaven.org/help/

thank u nortwin the only contributing member of rph!1