18 replies to this topic

am i reading a novel

No, no more kingdoms.

Please, I beg of you.

I do character art for reasonable prices.

All cool kids have commissioned character art. And you are a cool kid aren't you ?

Where’s the pictures of spiderman though,( jk but show pics of the phase)

I'm sure this kingdom will be different, and much more interesting than the thousands made before on the same concept. I'm in full support of this unique, innovative phase that will certainly resurrect RP. Also Saddleforth is my OC so fuck off

If you ever wanted to find your way in the world of a medieval society and earn respect and glory throughout it, this is the place.  If you fancy the idea of your accomplishments meaning something and having something to show for it, Beaugarde is the place

Once upon a time, there was a village between a large forest. During the darkest night of the moon cycle, everything were almost black. The village's torches were wavering, as if it's fighting against the darkness. The villagers were inside, sleeping soundly because it was finally dark inside their houses. The moon were very big and it shone through their curtains.  so it was finally the night they could sleep a lot easier. Suddenly, the bell screamed soundly and the wave spread through the village. The guards are running around, screaming. The villagers ran towards the town hall. A white stripe appeared at the sky, it was falling towards the ground. The meteor fell into the forest. The trees were burning, you could hear the screams from the local fauna. The village were in panic, the mothers were crying, the fathers were outside, trying to repair the collapsed houses. It went on until the morning, where everyone could see the damages. Luckily there were no corpses around. Everyone was safe. The elder family Saddleforth and some guards went to see the crater, it was big, diamond-like meteor. The Saddleforth decided to put cloth on it, to hide it from passengers.

Okay so you start this entire post off with a single paragraph of horribly delivered exposition and the writing devolves into a large story post which I can only assume explains the background of whatever it is you're trying to accomplish here.

But guess what: I don't want to read this, and I'm guessing nobody else looking at this does either.

If you're selling an RP project (especially a phase) keep it short, simple, and with the necessary information needed.

Your english is seemingly very poor which also greatly effects your writing and the affect it's supposed to have.

Guards: These are the protectors of Beaugarde Kingdom. Some have a preference for the powers of the Holy Light, others prefer pure brute force in combat.  Both Paladins and Warriors are considered Guards in the eyes of the ranks of the Kingdom. For a Guard on a mission it is simple, to them.  The path between two points is always a straight line, and with them there is no time for nonsense.    Rangers: Trademark of the Elves in the past, Rangers are the key military class of the Kingdom.  Rangers are experts in sabotage, stealth, traps, and nearly all forms of combat. Some rangers are able to tame pets to use in combat as well.  Rangers must be well versed in stealth and in addition know how to get information out of rival factions either by using their stealth or their words. After the King adopted this style of warfare, they also have evolved the rangers, they also have skilled marksmanship and bolstered their ranged defense.   Enchanters: Enchanters are masters of magic, be it the Holy Light or Elements. In addition to their mastery of magics Enchanters tend to be analytical and scientific in the way they think.  Critical of mind Enchanters rarely make judgement without evidence. All casters of Cloth armor, are classified as Enchanters.

Remove this whole class system entirely, it's nothing but an unnecessary restriction on creativity and possible RP concepts.

All-in-all this is horribly sold and presented as a post and I immediately got bored after reading the first paragraph. Please rethink some of your ideals and philosophies when creating a phase and come back when you're prepared to post something of quality and actual substance.

The main philosophy the guild is going to adapt is creating an environment where everyone is involved and still have choices of character to play out. If you ever wanted to find your way in the world of a medieval society and earn respect and glory throughout it, this is the place.  If you fancy the idea of your accomplishments meaning something and having something to show for it, Beaugarde is the place. The guild is still not open yet because the base still need work onto it, that is why we are recruiting players whom want to support me with decorating and dungeoneering as well. In the begin, we won't involve the high ranking environment. We will start low until we have enough members for everything to play out.

I like your idea! While it may be a bit similar to a few other RP guilds/phases, I think it's another part of the genre that people could partake in if they chose yours over the others. It's always good to have different options for something, right?
I think that your narrative to introduce the story of your phase is very long and wordy. It's excellent for backstory material and for the lore, but certainly not for the introduction for the roleplay's storyline. It would be considered a great read if someone wanted to have an in-depth look at the storyline- if it was polished up regarding grammar and sentence/paragraph structure.
Do I think that this is a decent introduction for everyone to see? No, I do not. Would it be good for people to find out about this story ICly and as an external document for free enjoyment? Yes!
As Esadan said,

I don't want to read this

I too was a little bored, and I didn't feel like I was genuinely being wrapped up with the story. I skimmed through it for the most part after reading the second paragraph. When I look for a storyline to join in on, I want to have all the necessary information present without all the little extra details and things that are minute. It's also nice to find out about the story ICly or optionally if I chose to. I like things short and to the point when I first see them and then consider my choice.
I think that this is an excellent start for improvement, however! I think you should shave the summary of your storyline down to the absolutely necessary details without its official lore story, and maybe edit your current passage you wrote and make that a separate link, so if that people choose to read it, they can and aren't required to. A run of your story through Grammarly will fix it up all pretty

I think that your guild has potential. It has its cons and pros, but it's a custom kingdom guild, plain and simple. It may not be for everyone, but it is for certain people! I do like the fact that you want to take it slowly at first and build it rather than jumping straight into the deep end. Right now it isn't the best looking, and the long writing passage and your paragraph/sentence structure puts people off and bores them. There is too much detail.
Unlike some of the spergs commenting on here, I want you to know that this isn't meant as a hate comment, merely an observation that calls for constructive criticism! If you take it as hate, however, I am sorry if you did.
Reduce the size of your description, put this passage in a Google doc and then TinyURL it, so it is optional for people to read, and perhaps fix the grammar mistakes. Again, Grammarly is God's purest gift and works wonders; I use it a lot when writing my TRPs and stories! With the basic Grammarly, it will fix your spelling and punctuation errors, but you will have to reread it and redo the paragraph structure.
Happy Roleplaying!

First of all, I thank Esadan and PlayTheGame for the constructive feedback. I have to agree with you that my story is lengthy.
This is an idea I've had years ago but didn't have the resources to complete it. But I still can't promise you if it will. The purpose is just to see whether the community will reach it.

The phase will be the same concept I had but it won't be a big base where the players  has to run all time to find others. It's going to be small and busy one.
The launch won't be for tomorrow. Probably a few months later or so.

I eagerly await the next scandal.

Be the first human to drink what has never before been drank.

kingdom rpers are the most oppressed minority 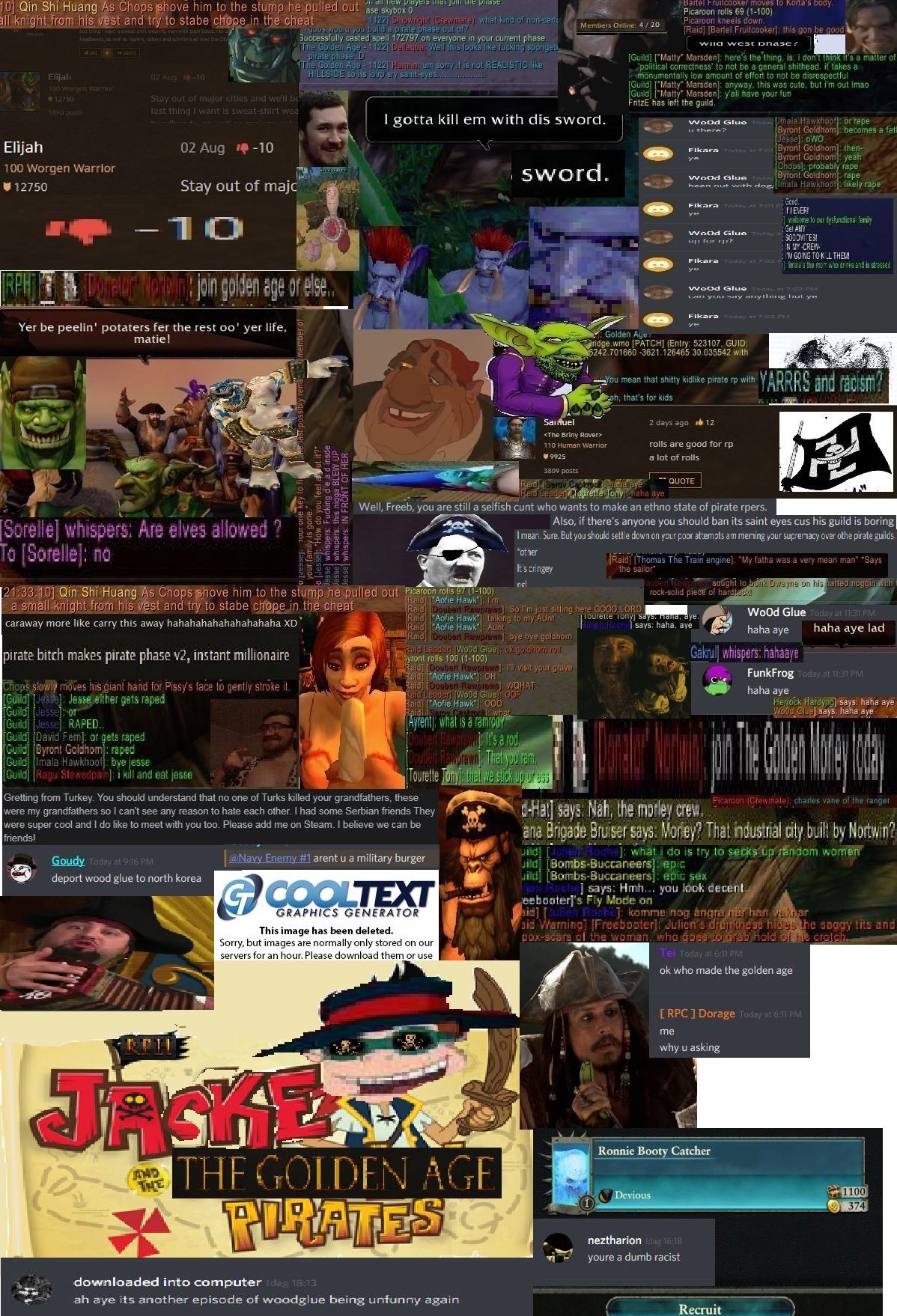 Does Beaugarde has an inn?

Your english is seemingly very poor which also greatly effects your writing and the affect it's supposed to have.

don't mind esadan or anyone who uses "philosophies" to refer to a concept, for that matter. i personally encourage interest checks and i think that the class system is a creative, relevant addition.

I'm glad I'm not the only person who read that and cringed so hard the universe imploded... don't correct others if you yourself are inept.

don't mind esadan or anyone who uses "philosophies" to refer to a concept, for that matter. i personally encourage interest checks and i think that the class system is a creative, relevant addition.

My brain is literally liquid Dove, please go easy on me omg

How's the class system in this post creative? Narrowing things down to enchanter, guard, and ranger when it comes to a kingdom phase causes more harm than good in my mind.

If there were a few more defined archetypes from the OP it could serve a phase really well, but as presented it just came across as boring from my point of view, which is why I believed removing it altogether could better suit his idea

my version of communism works i swear guys

How's the class system in this post creative? Narrowing things down to enchanter, guard, and ranger when it comes to a kingdom phase causes more harm than good in my mind.

If there were a few more defined archetypes from the OP it could serve a phase really well, but as presented it just came across as boring from my point of view, which is why I believed removing it altogether could better suit his idea

because I believe that being restricted shouldn't deter your creativity. looking at this system and its description, it doesn't sound like he removed a lot of aspects, but simply brought them all together under only 3 classes. for example, from what i'm reading here, rangers aren't that limited since they are capable of "all forms" of combat.

even enchanters, masters of magic, holy light and the elements? that doesn't sound restricted to me. if anything, it just sounds like he labelled every type of spellcaster as "enchanter"

the presentation however is an important step, yes, and it may not have done the system enough justice.

Back to The Shattrath Registry